Preorders and Preview for a Game of Disco & Cosmic Horror

Head west on Rose Island and you get to the pricey summertime communities like Saltwinne, Destiny Bay, or Dunewood. Head east and you’ll find exclusive resort towns like Pinewood Harbor, Charmington, and Sunken Oak. But those city kids and artists looking to get away for a long weekend, they’re heading right out to the middle of the island for that old gaycation getaway: Roseville Beach.

Moonlight on Roseville Beach is a rules-light and setting-rich tabletop roleplaying game. Set in 1979 in the fictional and predominately LGBTQ+ town of Roseville Beach, player characters spend the summer holding down jobs and protecting their community from the supernatural world around them. To play you just need a game master, 2-5 players, and some six-sided dice.

If you've read the free Quickstart, you can now preorder the full book! Just like Kickstarter backers, anyone who preorders gets the draft previews of several of the full chapters as they go through editing and layout. Purchasing at the basic level gets you access to the Preview and a discount code for the digital project when it comes out. If you'd like to preorder the final project, use one of the buttons below. 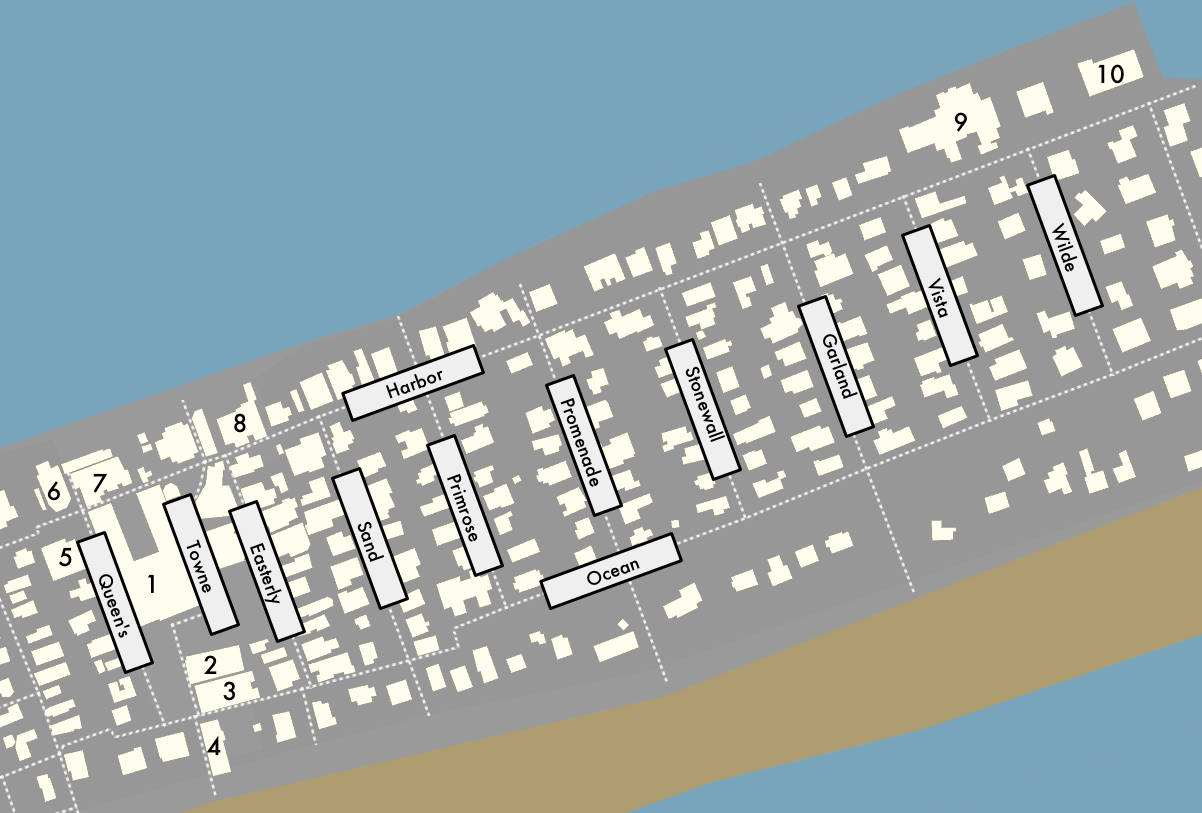 The first part of the book includes an introduction to the town of Roseville Beach and character creation. If you read the free Quickstart, you're already familiar with the core origin stories of Witch, Scandalous, Fresh Face, Shifter, and the full game adds two more options: the familiar, a magical being in animal form, and the stranger, a person from another reality or world.

A listing of the words of power witches can choose from at character creation.

The witch, familiar, and stranger all have access to Words of Power, a simple magic system that other characters can also learn. Magic-wielding characters can weave these together into a variety of spells and rituals. Check out the witch in the free Quickstart.

If you ever have drop-in players in your home games, you know it can be a challenge to help them create a character and get them into the action quickly. That's why we added a whole chapter of 23 guest stars! While the main PCs in your game live and work in Roseville Beach throughout the summer, Guest Stars are people who are visiting for a day, a weekend, or maybe a week. Written by Alison Cybe, Ezakur, and Sharang Biswas, they include high school teachers, occultists, reanimated statues, and monster suit actors (between jobs). 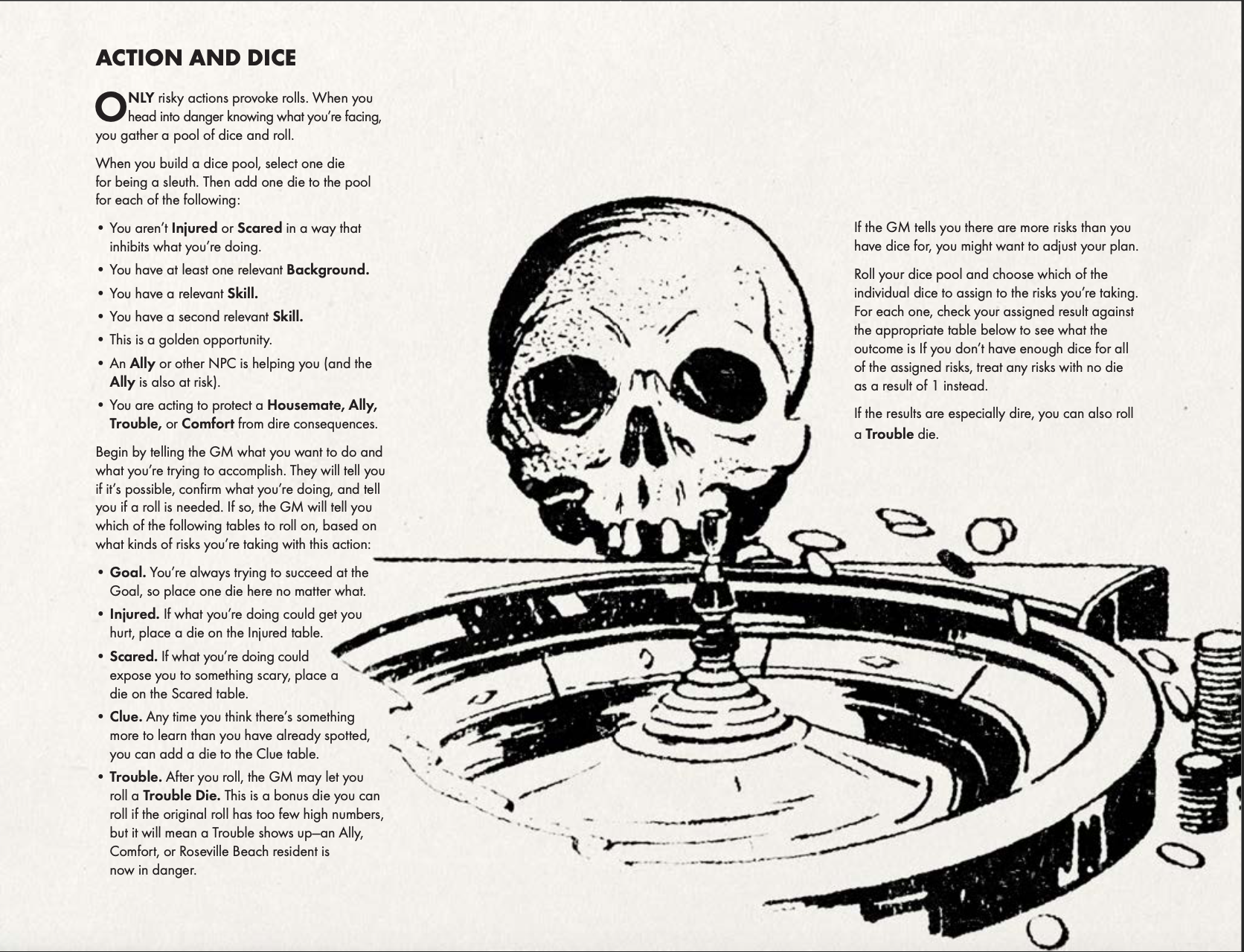 Inspired by games such as Psi*Run and Goblinville Gazette, Roseville Beach uses a simple d6 pool system that allows players to choose whether they succeed, when they face consequences, and if they find clues. If rolls go poorly, there's even an option for bringing in a bonus die.

GMs get a lot of tools for running Roseville Beach as well! There's a full chapter on running the game; another with deep dives into the town and the other denizens of Rose Island from Bethany Harvey, Rick Chia, and Rob Abrazado; and mysteries and mystery starters from Maxwell Lander, Catherine Ramen, Sean F. Smith, Anne Toole, and Noora Rose.

Read about the full team on the original Kickstarter page!

Previews, Preorders & What You Get Now

Getting the preview (at the base price) grants you access to the full-text preview, so you'll see the whole text of the game (and you'll get a discount code for the digital book when it comes out).

Preordering means you'll get the book as soon as it releases while physical copies are shipping to stores and zine shops.

Since space and time are limited, we weren't able to test every option we came up with and get them into the full book. Preview backers get some bonus character creation options to download and try at home.

In order to download this Tabletop RPG Preorder you must purchase it at or above the minimum price of $5.60 USD. You will get access to the following files:

Support this Tabletop RPG Preorder at or above a special price point to receive something exclusive.

With your digital preorder of the full book, you'll get the following:

With your physical preorder of the full book, you'll get the following:

International shipping outside the US will be billed separately before the books are ready to ship toward the end of 2022.

This is so weird. Is this only me? 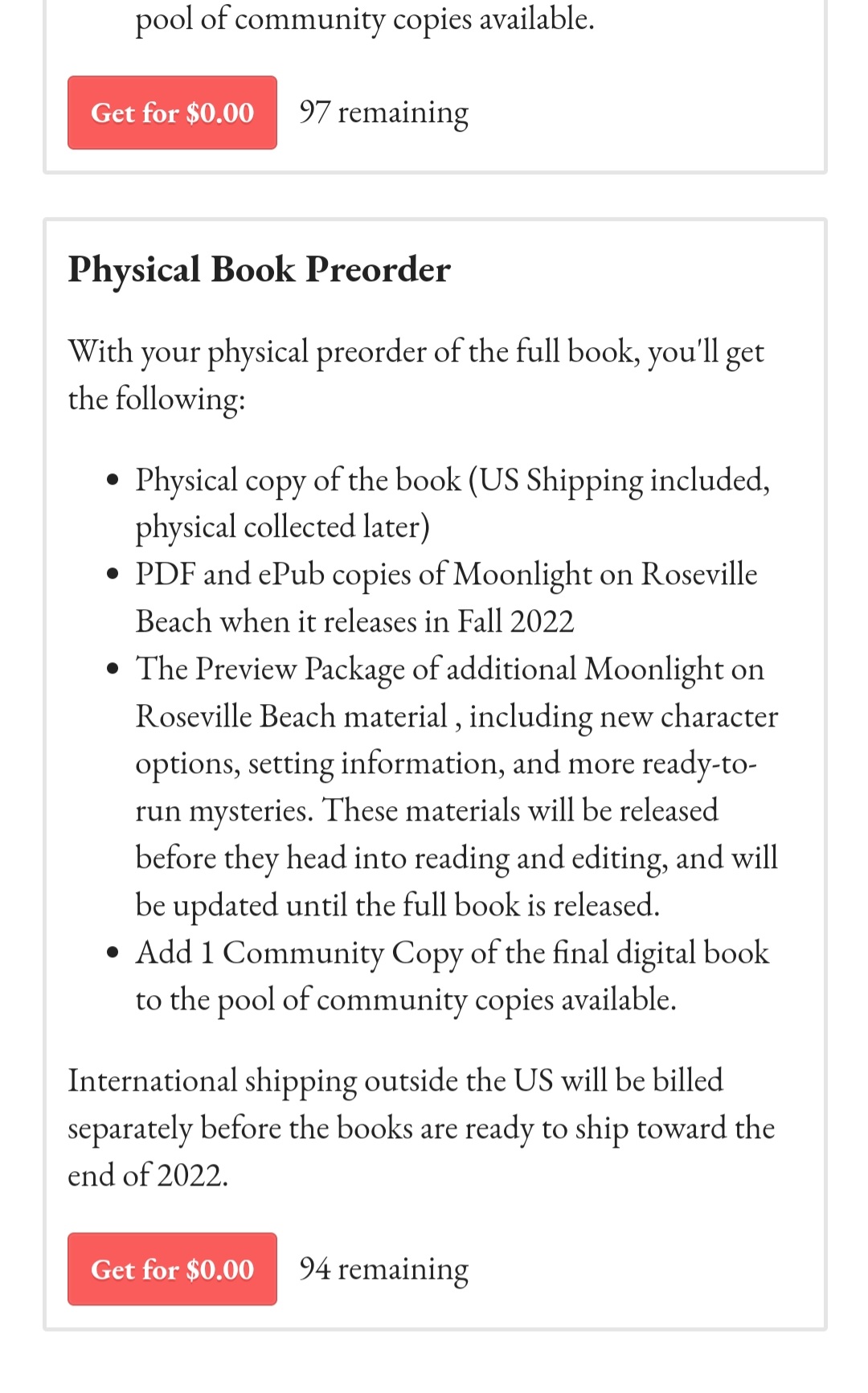 Hey there - are you a Kickstarter backer or have already preordered the book?

yes, I am a kickstarter backer.

Thanks! That helped me track it down. I think it's fixed now. I'm going to send a new set of links to backers in just a few minutes. I really appreciate the heads up! 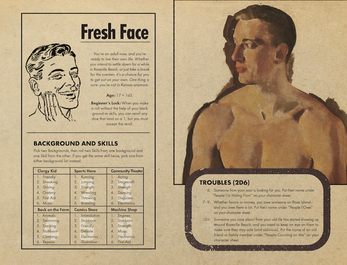 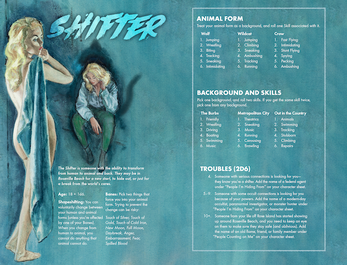 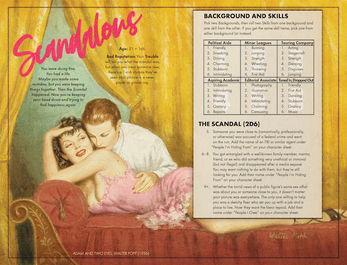 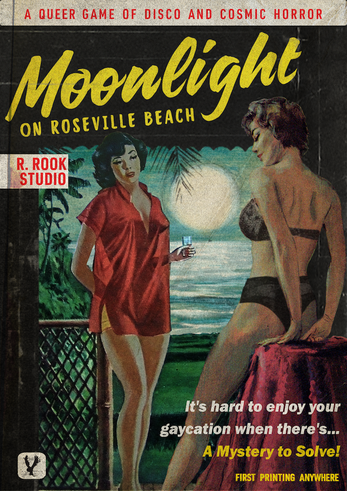